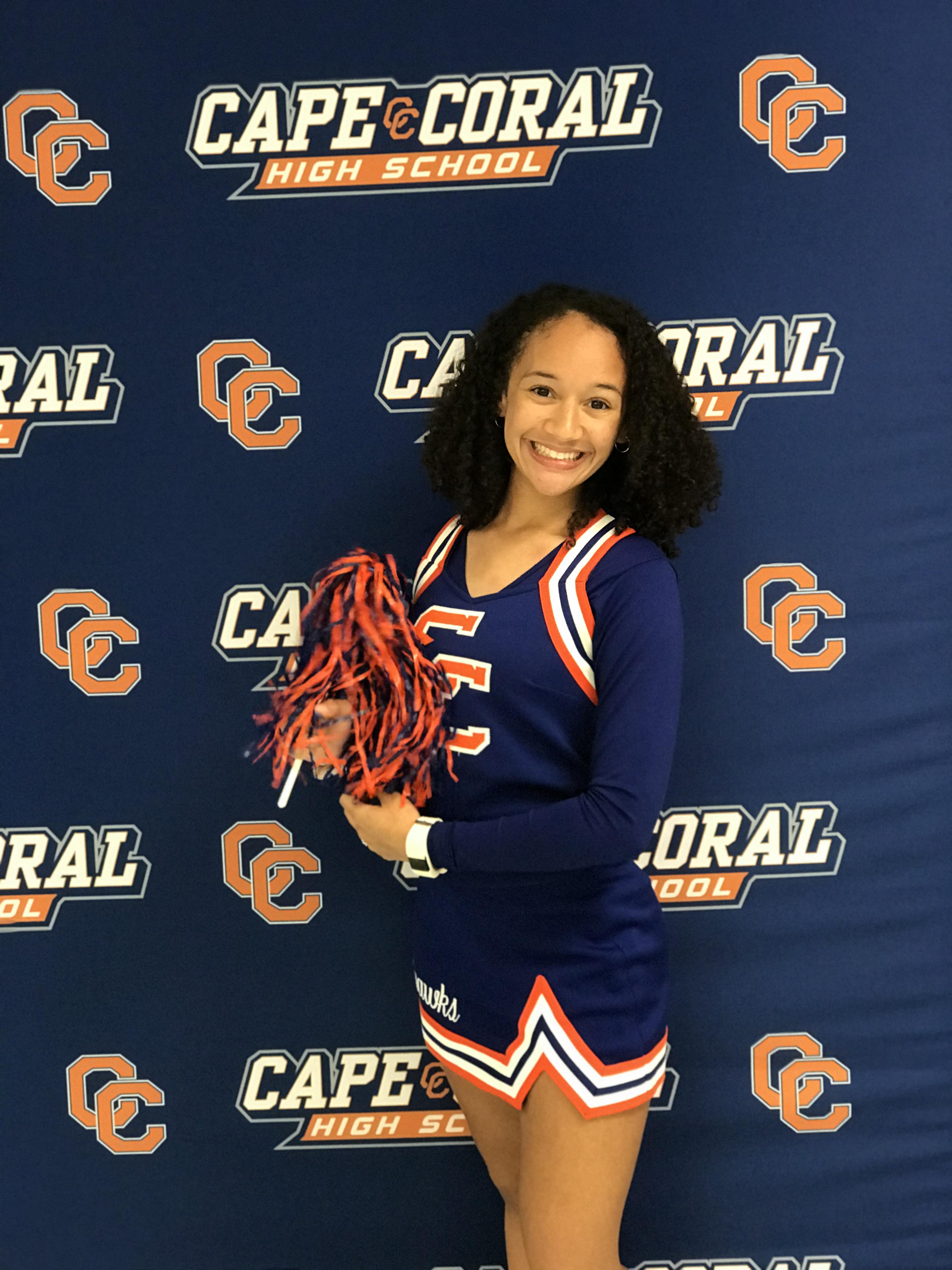 It all started in middle school, when I was told to run in my gym class. I was told I was good at it and they asked for me to join their track team, obviously as a “teen”, I said no, but she said “JUST TRY IT”. I then decided to join their track / cross country team at Trafalgar Middle. I didn’t even think it through, I just did it. I stuck with it for 2 years which was 6th and 7th grade and during my 8th grade year, I did competitive cheerleading and ran there during practice. Run,run,run is all my brain would think about. So, as I transitioned to Cape Coral High School, I was given a list of all the sports and decided to go back into track. Now when I joined, I thought it would be like Middle School; Easy targets, shorter distance, less intensity. WRONG. It’s about long hours of training, running,sweating,and racing!
I was always confident and positive when it came to situations, but if I’m being honest- I did not enjoy the beginning of training. I knew I was in-love with the sport but not in love with the training that came with it. I was the freshman that was behind everyone else and always compared myself to the next person. There were other freshman but I felt like they were at a much higher level than I was. Now being honest, I knew who I truly was, and knew what I had to do to get to that level I wanted to be at, but it was one of the HARDEST things I’ve had to overcome. I trained for hours, ran 2 times a day, hit the gym at least 3-4 times a week, did all workouts my coach had us do, and worked out with other athletes.
When the season started and it was time to race, I didn’t know what event I wanted to do. The speed of people in middle school was way different from high school, so I didn’t know where I would excel the most. My coach had me do the mile. Why? I didn’t do the “best” in short distance but I also didn’t focus too much on longer distance which was the 2 mile event. We went with the mile. Little did I know, this is what I was going to excel in and would decide to try and continue doing in college. The VERY FIRST mile I did was a 9 minute, but when I trained and went to race, it went to a 7:30. So, after I got my first time and knew what was in my hands, that’s when I started to shape what I had. Ending up dropping to a 7:20-…..7:11……7:00…sometimes I got the same mile time 4 times in a row. After being fed up with the same results, I changed my mindset. Then, during my junior year of high school, my whole world changed when I competed…..6:50…..6:40……then after the hardest week of training at 5 AM, plus doing extra runs after school I got to a 6:38. That week I dropped 10 seconds, and never would I thought I would drop so much.
As I continued my track season, I decided to take it to another level and join cross country. I then competed in 5k’s and did the same process as track.
High school track taught me to be passionate, dedicated, patient,and hard-working. Sometimes, the hardest things you have to do is what shapes you the most. I am now wanting to be an occupational therapist and work with people to train them how to overcome obstacles. Everyday I grow my mentality and exercise my patience so I can become wise.