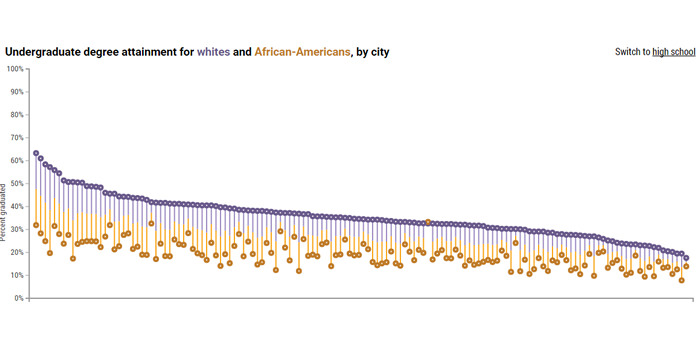 Fewer working-age African-Americans than whites hold four-year college degrees in all but one of the nation’s 150 largest metropolitan areas, according to a new Next America analysis of data from the massive National Equity Atlas.

Likewise, the share of working-age Hispanic adults holding four-year college degrees lags behind the percentage of whites, often by enormous margins, in all but one of those 150 communities, the analysis found.