Life lesson from grandmother graduating from MDC: ‘Learning is wonderful’

By FutureMakers Coalition May 4, 2015 News 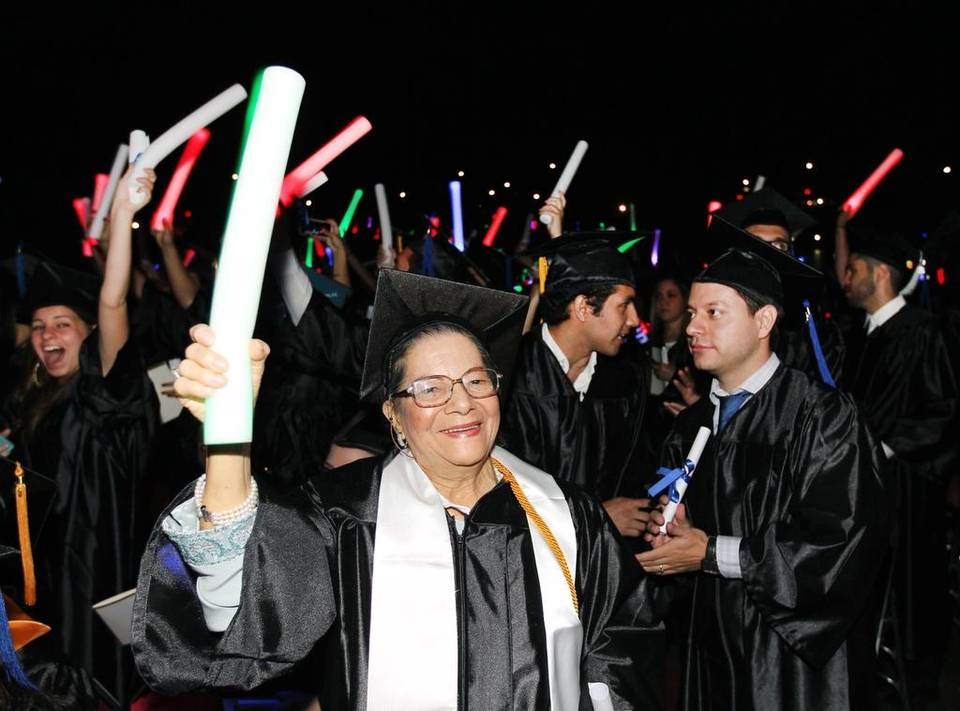 After years of studies, hard work and dedication, thousands of graduates will cross stages, receive diplomas and shake hands this month at colleges across South Florida.

While the majority of them will be young adults preparing to enter the job world or go on to graduate school, others are older, even senior citizens. Such is Rosa Salgado, who graduated Saturday from Miami Dade College’s Wolfson campus, fulfilling a lifelong dream and graduating with two of her grandchildren — David and Mauricio Salgado.

“My grandchildren, my family, they’ve grown up watching my activity and they are going to learn and fight in life and overcome obstacles,” said Salgado, who graduated with honors, earning an associate of arts in education. She is nearly 80.

Salgado received her diploma in one of five graduation ceremonies Miami Dade College held Saturday for its many campuses.