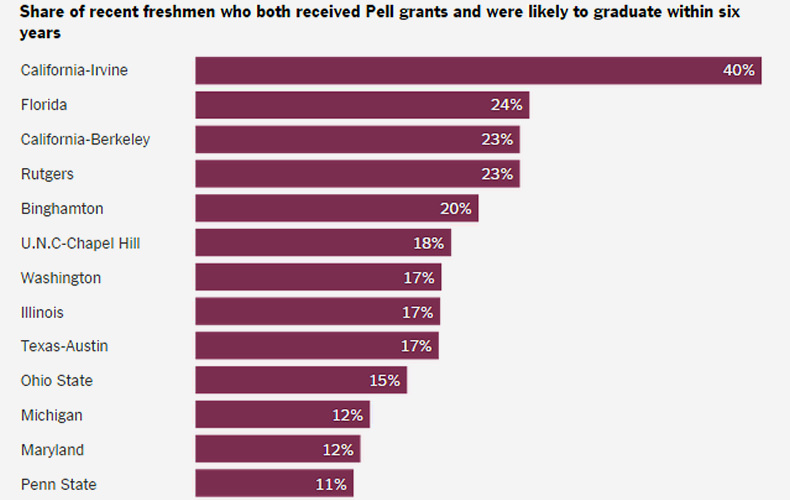 We made two significant changes to this year’s version of the College Access Index— a measure of economic diversity at top colleges that The Upshot created last year.

First, we expanded the group of colleges in the index, by lowering the graduation rate needed to be included. Last year, we examined only colleges with a four-year graduation rate of at least 75 percent. That may not seem like an overly stringent bar, but it ended up including only two public colleges in the entire country (the University of Virginia and William & Mary), as well as almost 100 private colleges. That fact is a sign of a big weakness with American higher education: Dropout rates are often very high.

This year, we changed the criteria to a five-year graduation rate of at least 75 percent. This change expanded the list to 179 colleges, including many more public colleges. The overall goal remains the same: examining economic diversity at colleges where graduation is the norm.

Second, we tried to give colleges credit only for those lower-income students who graduate rather than all those who enroll. To do so, we asked colleges to provide their graduation rate for students receiving Pell grants, the federal financial-aid program that typically helps students coming from the bottom 40 percent of the income distribution.