MOVIN’ ON UP! DEGREE ATTAINMENT RATES ON THE RISE IN FLORIDA’S TOP METRO AREAS 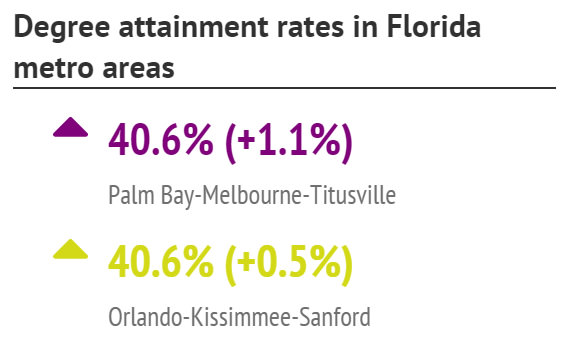 Degree attainment rates are up in seven of Florida’s top eight metro areas, according to the Lumina Foundation’s latest Stronger Nation report.