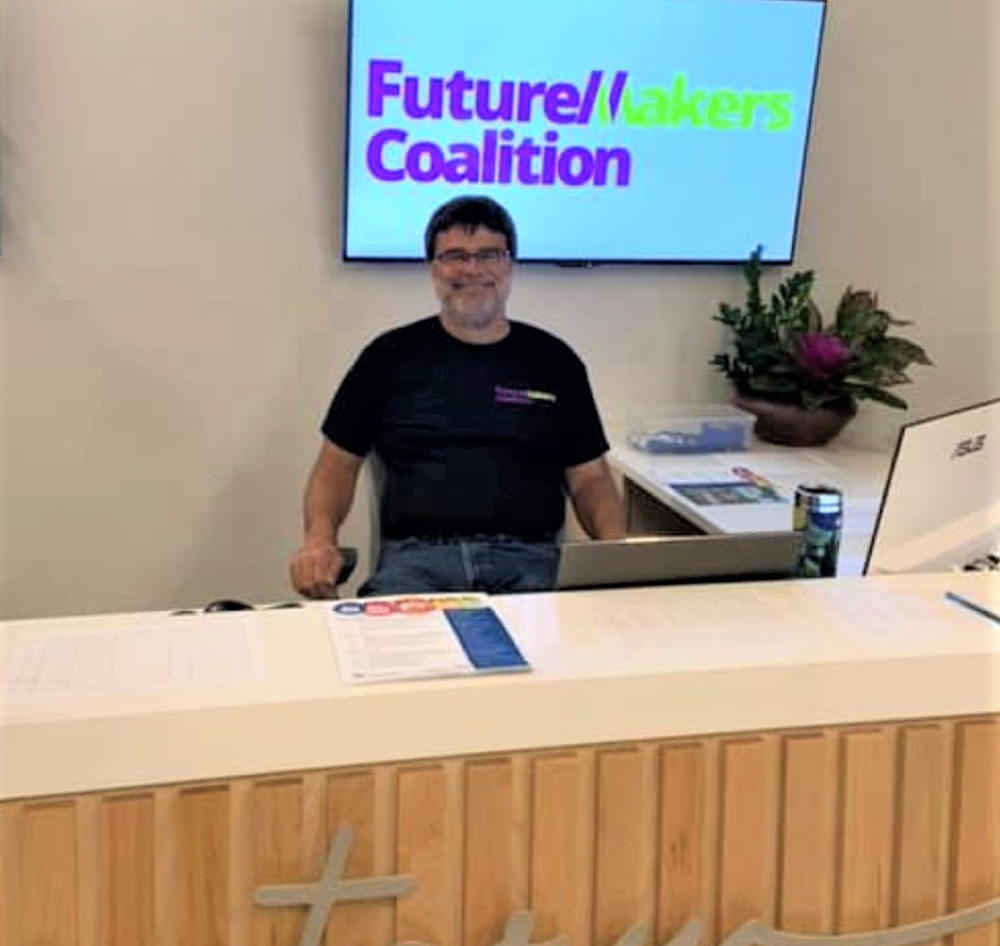 There are many unsung heroes in Southwest Florida who work hard in the trenches to move the needle on the most critical issues facing the community. These individuals volunteer their time and give selflessly to ensure that work is being done to create a sustainable future for the next generation and beyond. FutureMaker Andy Getch is the epitome of such a hero. An engineer by trade, artist and musician by night Getch has been hailed as one of the most dedicated of all citizen volunteers within the Coalition. During the most recent scholarship cycle for the Southwest Florida Community Foundation, Andy held the record for most amount of scholarships reviewed by the entire panel of volunteers. A member of the FutureMakers Data Team, he works tirelessly to shine a light on the areas of the work that require the most attention by contributing to the Annual Outcomes Report and Business Survey. This is invaluable to the coalition’s efforts to target equity in attainment by defining priority populations in the five-county region. Getch grew up in the Lee County School System during a time when the area was still segregated, which has translated to a deep concern for closing the equity gaps that plague the community. Andy also volunteers his time to serve on the Southwest Florida Community Foundation’s Sustainability Committee where he gathers transportation data to support the sustainable community design aspect the group’s work. Andy and his wife Debby are members of the Americana Community Music Association. They have incorporated their love of music to host a FutureMakers Coalition benefit concert where artists like Friction Farm, a modern folk duo who are outcome aligned with the Coalition, joined forces to increase literacy rates. Andy Getch continues to be a great example of FutureMakers working to dedicate their time to create impact.