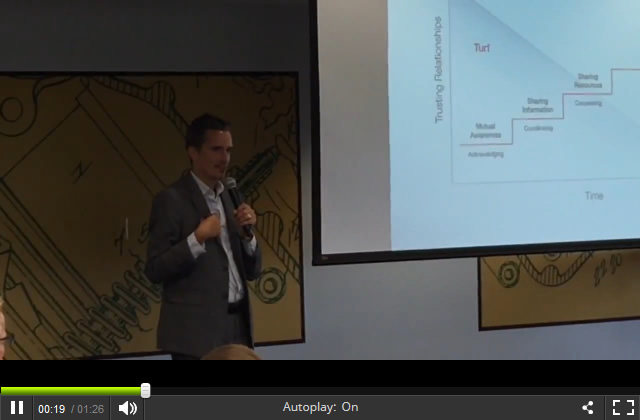 Hess, the executive director for the Institute for Coalition Building in Columbus, Indiana, threw out the challenge Tuesday to a coalition of about 50 leaders from academia, business and government called FutureMakers.

With members from Collier, Lee, Hendry, Charlotte and Glades counties, the coalition’s goal is to increase the number of people in Southwest Florida with postsecondary degrees and other credentials from the current 27 percent to 40 percent over the next decade.

Serving the coalition members snack-sized versions of Wheaties, the symbolic “breakfast of champions,” Hess and other speakers exhorted the group to knock down barriers and rivalries between the counties during the event at Six Bends Harley-Davidson in Fort Myers.

“Talent moves — it flows,” said Hess, adding that it’s not uncommon for people to live in one county but work or study somewhere else. “The invisible boxes of the counties need to be made even more invisible.”

Sarah Owen, president and chief executive officer of the Southwest Florida Community Foundation, which is coordinating the coalition, said the group’s goal also is to match students with well-paying jobs in the area, which will raise the entire region’s economic health.